The power of badge notification

The power of badge notification 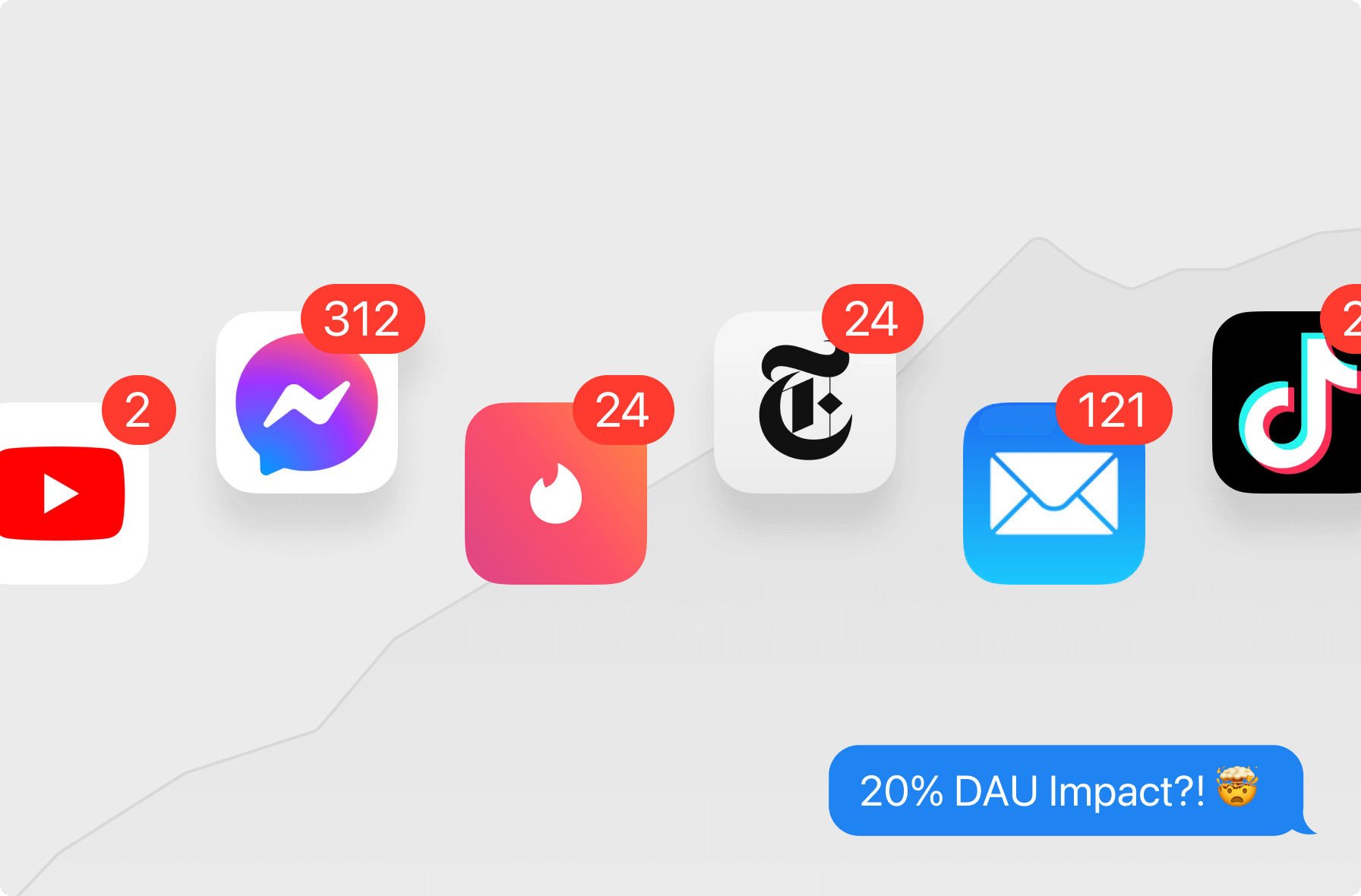 Remember how many times you saw a message from a messenger app in a push-notification, and then, despite the fact that you have already read the message, went into the application to remove the “1” above its icon?

You may wonder, why so much attention to this badge? The fact is that this is a powerful driver for entering the app. An established user habit (which means not always a conscious action) leads to repeated visits. And yes, it's a push-notification 🙂

A noticeable example from my experience is a broken badge in a banking application.

We used to inform about new promotions from the bank's partner stores using a badge. The badge was displayed on the icon, and also duplicated inside the application, above the “Bonuses” section. Many users complained about it and asked to remove it, because this notification from the bank seems like a concern — people were afraid to miss, lets say, a message about an unwanted transaction or other actions related to their accounts.

And when an advertising message that doesn’t interest you at all is the reason, it definitely causes negative feelings. With each new complaint to the support team, we increasingly thought about how to fix this problem.

In one of the major redesign releases, the functionality of notifications on new promotions through a badge broke and during testing, no one really cared about this issue — after all, this is not a critical functionality for the bank. Almost no one noticed the breakdown, and those who noticed - probably breathed a sigh of relief: “Now you don’t have to go into the banking application every day to remove this damn badge!

As a result of the update, the traffic in the “Bonuses” section sank twice. For several weeks I argued with the designers that this was the result of an unsuccessful redesign, until one of my colleagues highlighted the issue. We fixed the functionality in the next app release and the traffic recovered to its previous level. However, sales on special offers during the period of failure also fell by 2 times. Every day a badge about new promotions in stores was broken, it cost the bank several millions in lost profits.

Another example from my experience was an entertainment application. I experimented with the frequency of new content appearing in the notification list, since disabling push notifications cut off all communication with the user and significantly reduced the retention rate.

One of the experiments looked like this: “do not send notifications about new content to those users who do not enter the application through push notifications for several days.” The experiment turned out to be a failure. Yes, push disconnects have decreased, but with it, DAU has decreased by 20%.

Another feature of the implementation turned out to be a find - the developers made the badge and push with content inside one entity in order to reduce the number of entries in the system. That is, we also stopped sending badges. In the next experiment, we eliminated this shortcoming - we stopped sending only pushes with content. This time, the DAU has decreased by 10%, and the push disable has been reduced to the same level as in the previous option. The experiment was considered a failure, but we again emphasized the importance of the badge.

What number should be shown on the badge?

I am a fan of functional design, and of course it would be great if the number would indicate the amount of information that actually needs attention.

Sounds pretty healthy. However, in practice, I’ve bumped into an already working badge in another entertainment app. Someone before me thought it’s right to use the number “999+”, reflecting the daily number of new jokes in the app’s feed (although the feed is actually endless). By the way, this is the maximum value for iOS due to restrictions on the length of the signature for the application icon.

As a fact, less than 1% of users viewed this amount of content, and I decided to follow the recommendation I heard earlier — make the number achievable. But we did not see any impact on product metrics as a result of the A/B experiment.

By the way, the badge counter with the amount of new content was also duplicated inside the application and decreased as you scrolled through the feed. Once upon a time, the editors selected the top 30 jokes daily. But over time, we switched to machine ranking and the feed became endless. The number 999 has now appeared, which lengthened the sessions, but infuriated the old users. They complained that the quality of the selection had deteriorated (“you are sacrificing quality for quantity!”), although engagement metrics indicated increased audience activity.

In search of a compromise, we decided to make the “mark everything as read” function inside the application. But for some reason, even fewer users used it than there were complaints about the annoying number. We decided to separate the badges - the counter on the icon disappeared after entering the application, and the counter inside the application continued the countdown for the content feed. The opinion that the feed used to be better was still common among users, but we began to notice the mention of the annoying number in the app store reviews much less often.

A badge is perhaps the first tool to start creating push-notifications with:

The success extends to in-app badges as well. Do you need traffic to a new section of the app? Spread that familiar signal like a breadcrumb along the way, and users are sure to get there. The key is not to overuse it. I'll talk about that in future articles 🙂